The Most Amazing Book in the World

Magic words in the wild

Some fun new finds are now posted ... magic words stumbled upon in the wilds of old literature and magazines: https://www.oneletterwords.com/weblog/?tag=magic+word


From our Abecedarian blog:

There's a weird magical hack you can use to discover more favorite music.  You've heard the Faustian stories of musicians like folk legend Robert Johnson who stood at a crossroads and sold his soul to the devil for guitar-playing prowess.  Well ... 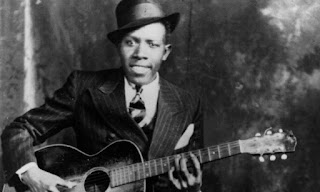 He's not the only one, and the stories get glamorized over the years, but you know beyond a doubt that musicians get inspired, that the very word musician means "art of the Muses."  (Needless to say, the Muses are the nine goddess daughters of Zeus and Mnemosyne, presiding over the arts and sciences.)  When you love a musical album as a masterpiece, what's happening on a more celestial level is that the Muse who inspired that music has made a connection to your own guardian angel, spirit guide, or demonic handler.  When you don't like an album, there's no connection like that, and what invariably happens is your intellect takes over and decides that the album fails to meet your expectations or falls outside your prescribed boundaries of taste.  The problem is obvious -- you get blocked from musical masterpieces that you literally can't hear properly because the celestial streaming, as it were, couldn't go through.  But as we said, there's a hack.

The hack requires a print-out of an old mystical diagram and an attitude adjustment.  The print-out is easy, and the attitude part is easy, too, if you'll simply be open minded.  It will sound like the simplest thing in the world, but it's a thousand-year-old occult secret that gets used for psychic entrainment for the purposes of genuine mind reading and (by practitioners of black magick) using others as puppets.  The attutide is to decide in advance that you like something, understand it, and are enriched by it.  To be clear, this is not auto-suggestion -- you aren't convincing yourself of something nor are you lying to yourself.  In the case of a new musical album, you haven't even heard the content yet, but you begin by negating any negative preconceptions that might be looming in your unconscious.  You hit the "play" button with a wholehearted expectation that you're going to be blown away.  This, in conjunction with the diagram you'll print out, makes for a clear connection to the album's Muse.  To be clear, you decide to come to any album in question without negative preconceptions but also with an expectation that it's the best album you've ever heard.

The mystical diagram is like an insurance policy for making that spirit-to-spirit connection.  Wikipedia tries to demystify it by calling it an "inadvertent mandala," but there's obviously nothing inadvertent about it.  The "Indian-Head Test Pattern" is a magickal diagram for fine-tuning a channel, and like a spirit medium you're "channeling" to the otherworld in which this music was inspired.  This diagram, developed by RCA in 1939, used to appear on TV channels prior to 1970.  Your great-great-great-great grandparents will recognize it.  Print it out and place it near whatever device you use for music listening.  If you have an LP sleeve, slip the diagram into it.  If you have a CD jewel case, lay the case atop the diagram.  The key is to formally associate, in whatever way you choose, the diagram with the music in question.  This confirms to your guardian angel/demon and the Muse of the album that you are "tuned in" to discovering a new masterpiece. 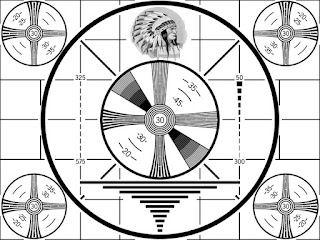 What prompted us to share this magickal hack today was hearing Youtube responses to the new album by the Swedish band Ghost, Prequelle.  Some fans recognized it as the band's best work to date (spoiler: they're right!), but others filmed themselves having nervous breakdowns over how disappointed they were.  We realized that the band used a poorly-chosen magic word as their album title.  "Prequelle" looks like "prequel," and we've all seen bad movie prequels in which the writers seemingly ran out of ideas for the linear storyline of the franchise and cheated by taking everything back in time (most often entailing different actors playing the characters' younger selves).  And so fans of the band Ghost developed preconceived notions: the new album must be a step backwards, the band must have run out of ideas, the songs must be a reversal of all that fantastic music that came before.  Those fans are wrong as wrong can be, but it's easy enough to see how their minds got there.  What they need, what anyone needs, is an old mystical diagram and an attitude adjustment.  We weep (seriously -- tears!) for the Ghost fans who missed out on hearing Prequelle as the masterpiece that it is.  Just imagine how many other masterpieces are out there in the ethers, as it were, waiting for your spirit mediumship to make a connection that will enrich your life.  Sure, it sounds so necromantic, but that Indian head is waiting for you.
Posted by Eccentric Scholar at 8:58 AM 1 comment:

Here's our proof that we are all ghosts:


In the video, we illustrate our proof through Papa Emeritus, leader of the Swedish doom metal band Ghost, who presents as a zombie anti-pope but is in fact something else.  In the 1930s, the same era that Ghost's Meliora album evokes, Portuguese philosopher Fernando Pessoa said that "We are death.  This thing we consider to be life is just the sleep of a real life, the death of what we truly are.  The dead are born, they do not die.  The two worlds have been switched.  When we think we are alive, we are dead.  Let us live while we are dying."  That same year, the thrice-great Charles Fort also theorized that spiritualists were correct but in reverse— that when spirits die they become human beings.  Fort said, "Once upon a time, we were real and alive, but we departed into this state we call 'existence'.  We have carried over with us from the real existence, from which we died, the ideas of Truth—ideas that really meant something when we were really alive, but that now, in our phantom-existence—which is demonstrable by any X-ray photograph of any of us—can have only phantom-meaning.  So, then, our never-ending, but always frustrated, search for our lost reality.  We come up chimera and mystification, but persistently have beliefs, as retentions from an experience in which there were things to believe in."  Fort didn't go so far as to say that all of us are directly ghosts: most of us may be the descendants of those departed from a real existence, who, in our spook-world, pseudo-propagated.  A hundred years earlier, in the 1830s, the Scottish writer Thomas Carlyle noted that a ghost is a spirit that has taken corporal form and appears for a while among men.  And so the multitudes at Papa Emeritus' concerts are themselves ghosts--spirits that have taken corporal form briefly and then disappear.  What is anyone if not a ghost?  Papa Emeritus is like a magic mirror that reflects you, and the skull face is your own death.  He's not a zombie anti-pope, unless, of course, you are yourself.  But what a blessed implication, that we were once real and alive, or at least perhaps one of our ancestors once was.  To the pseudo-phantoms out there, shadows several-times removed from reality, keep reaching for something to believe in.
Posted by Eccentric Scholar at 9:19 PM No comments:

A vintage fortune-telling weight scale -- its penny vault unlocked for the first time in years or even decades. Can you guess how many pennies will cascade out? Or how many rare coins will be among the loot? All the surprising details are revealed, along with some mind-bending esoteric secrets of copper pennies.If you'd like the machine to tell your own fortune, leave a penny in Prof. Oddfellow's tip jar and he'll send you a snapshot of the answer that comes up:paypal.me/ProfOddfellow

Posted by Eccentric Scholar at 11:38 PM No comments:

Exploring the Ruins of a Wizard's Manor

An old Moorish house in the tropics was destroyed by two historic hurricanes in one year, but what survived the storms is beyond weird. Like a wizard's museum, every wall features bizarre niches protected by antique iron grates, containing bottled ghosts, imprisoned gargoyles, hoodoo shrines, haunted radios, and crystal balls. Plus, one of the great secrets of alchemy is hidden in plain view.

Part One of this adventure is here: https://www.youtube.com/watch?v=1gIfiRbb2fM
Posted by Eccentric Scholar at 1:28 AM No comments:


Posted by Eccentric Scholar at 11:01 PM No comments:

A Positive Oracular Reading for 2018

Will 2018 be any easier than 2017 was?  Because so many of us have found ourselves in some sort of underworld, I used a deck of cards with dungeon maps to find out how we can navigate the coming year.  There's good news, which I explain in this video.

Posted by Eccentric Scholar at 6:34 AM No comments:

Here's how to use a spooky old mirror to test whether you're dreaming or lucidly awake. We didn't know how this video would end ... until we posed a question to the mirror and then had to face the uncanny answer.

Posted by Eccentric Scholar at 4:15 AM No comments: